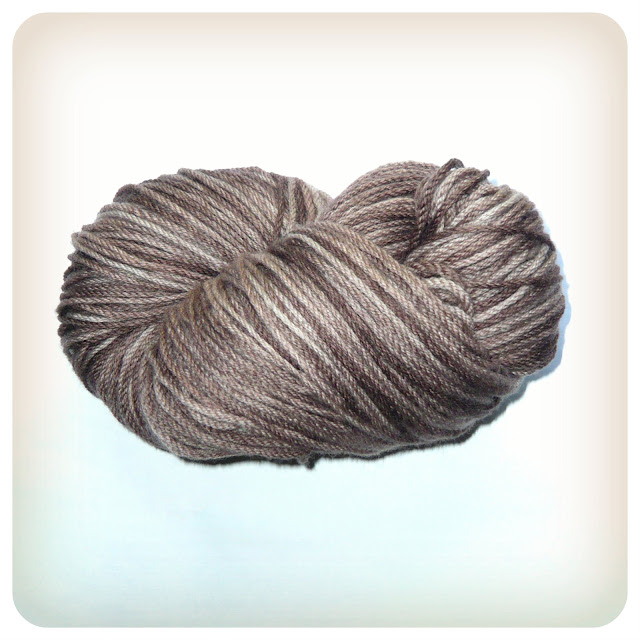 Hello friends!
This week I have been trying to figure out what I am going to wear to a costume party on the weekend. I had lots of ideas, some of which were a fox, Wednesday Addams, Where's Wally (or Waldo, depending on where you're from), or an owl :-)
I decided that an owl would be the most fun.... so I have been searching through my extensive collection of crafty bits and pieces and have found some very owly things...
I didn't know how I was going to make the wings. I knew I didn't want anything too cumbersome or anything too structured. I don't know if you've ever worn "wings" to a party before, but it's a pain to have to manoeuvre through a crowd with big, inflexible wings, it's hard to sit down, it's tricky trying to get in and out of a taxi, etc, etc hehehe. They might look fabulous, but they're impractical. So, then I had the idea that I would KNIT some wings.... semi-crazy, but I hope it's going to be a good idea...
So I have dyed some wool, pictured above. It's a semi-solid cool brown colour. The official name of the dye is WOMBAT, and it's pretty accurate as a wombat colour. It's a Landscape Dye that I got from KraftKolour, who have a fabulous range of dyes of all varieties (they also have outstanding customer service and fast shipping :-)
The wool I'm using is Bendigo Woollen Mills Classic 12 ply, which is soft and squishy and chunky :-)
And the pattern I'm using is Temporale Dorato, which is a free pattern on Ravelry. It's gorgeous! I think it sort of looks like feathers...? I am modifying the pattern a  little bit so that it buttons up the front (so I can flap it around like wings :-) I'll write about the modifications when it's done, as a few people have tried to modify it in the same way and appear to have run into a few problems... I also ran into a few problems when I was trying to figure out how to modify it as well.... It took a lot of Maths power to figure it out!
Have you made any fun/crazy/successful/unsuccessful patterns lately? What have you made? Share in the comments!
Posted by Shara at 12:02 PM