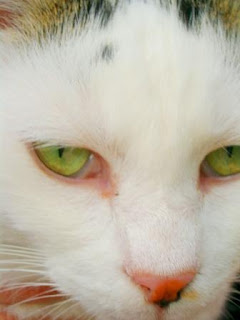 For those of you who know me well, you will know that I am a "dog person" however I think I am slowly turning into a "cat person" as well... (No, no, I don't mean I am half cat/half girl). You see, there is a stray cat that lives under the house. He's been living there for over 3 years, but it's only been in the past year or so that he has decided to let us pat him. And now he's in love with us (especially me... in fact I have a feeling he may propose any day now! ;-) We decided that we should give him a name, and we chose: Nima. It's an Indian name that means white hair (seemed like an obvious choice). This name has evolved into a few different variations, such as Nimmy, and NimNim... but I think my favourite is NimmyNoodle (I think he likes this one the best as well :-) And if he's being cheeky I call him MouseBreath.
He's not allowed inside (because of allergies, and me being scared that he'll eat one of the drums or tambourines), although he does occasionally invite himself in... like when we're bringing in the shopping from the car or loading drums and the door is left open. Sometimes if it's raining he scoots in behind me without me even noticing. I tell him he's a naughty cat, but secretly I think it's cute and funny.
He has a nice little "nest" that he has made himself under the house, and he talks to us through the floor. Sometimes it actually sounds like he's saying: "Helllllllllllooooooooooow". No, really, it does! And sometimes he talks to us through the bedroom window at 2 in the morning... I don't find this quite as cute.
He's a very affectionate little creature and as soon as there is even the hint of a human lap he's up onto it. Sometimes we sit out in the sun and he snuggles up in my lap and snoozes. Sometimes when I give him lots of cuddles and a good ear scratching he drools on me.... awwww.
Sometimes he gets into fights with other cats, and comes home with scratches on his face... and once I pulled someone else's claw out of his scalp! Eeeek! I totally freaked out and squealed a little bit when I realised what it was. But Nima was pretty happy about me removing it for him. And the funny thing is he only ever seems to get into fights on the weekend... just like people... weird.... do cats go to the pub?
Anyway... my new found love for cats inspired this weeks featured finds from Dawanda. It's all cat and it's all good :-) Click on the title of the item to go to the shop where I found it. 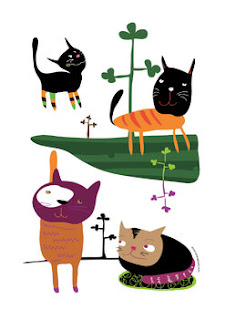 When a Cat Smiles T-shirt from Akumulnk 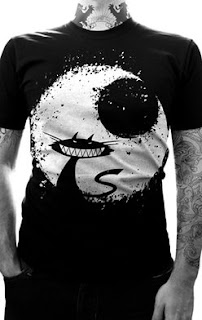 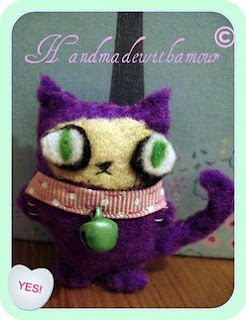 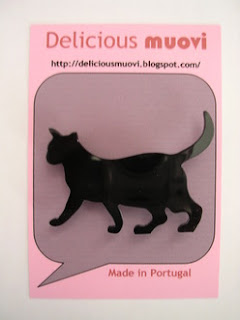 Red Bag with a Cat from Violettcat 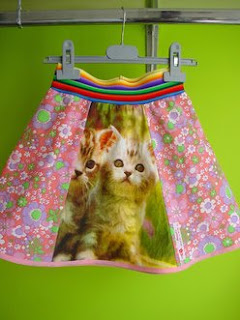